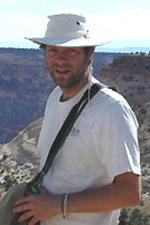 How many animal species are there and how are they distributed?

In our paper we analyzed herbivore host range data and beta diversity among plant species from 8 extensive rearing studies of caterpillars spanning a latitudinal gradient from Canada to Brazil and found clear evidence that tropical caterpillars are more specialized than temperate caterpillars. This greater specialization is due (we think) to greater top-down and bottom-up selective forces in the tropics that favor specialization, and it suggests that the diversity of insect herbivores cannot be simply predicted from gradients in plant species diversity. It also suggests that recent estimates of earth's animal diversity are likely too low.